Greenland is wild, pristine and dramatic. It is one of the Arctic’s most impressive regions of wilderness which contains towering jagged mountains, huge rumbling glaciers, and an abundant array of wildlife.

A handful of villages are located on the East Coast, inhabitants living a mostly traditional, subsistence existence from fishing and hunting. The artwork, carvings and handicrafts of the local people are of a very high quality, expressing traditions, culture and environment through art  these pieces are highly sought after. The weather in the summer is generally stable with light winds and sunshine. Temperatures range from 0C- 10C and on average the region sees less than 8 days of rain/snow per month in the summer.

The Southbound East Greenland current sends massive icebergs and huge quantities of polar ice down the East Coast creating a maze in which to explore. Polar bears are frequently seen moving from one ice flow to the next hunting for seals. There are around fifteen whale species that frequent the waters of Greenland. Migrating whales including minke, humpback and fin are commonly seen as they ply the rich coastal waters for krill and plankton. There is an occasional sighting of narwhals, belugas and bowhead whales which traditionally only winter in Greenland. Arctic foxes can be seen on shore scavenging for a meal. Various bird species such as eiders, puffins, auks and skuas are common sights. The scenery, the wildlife and the culture makes Greenland a fantastic adventure destination. Expedition Engineering offers backcountry ski trips in April and kayaking trips in July and August each year. 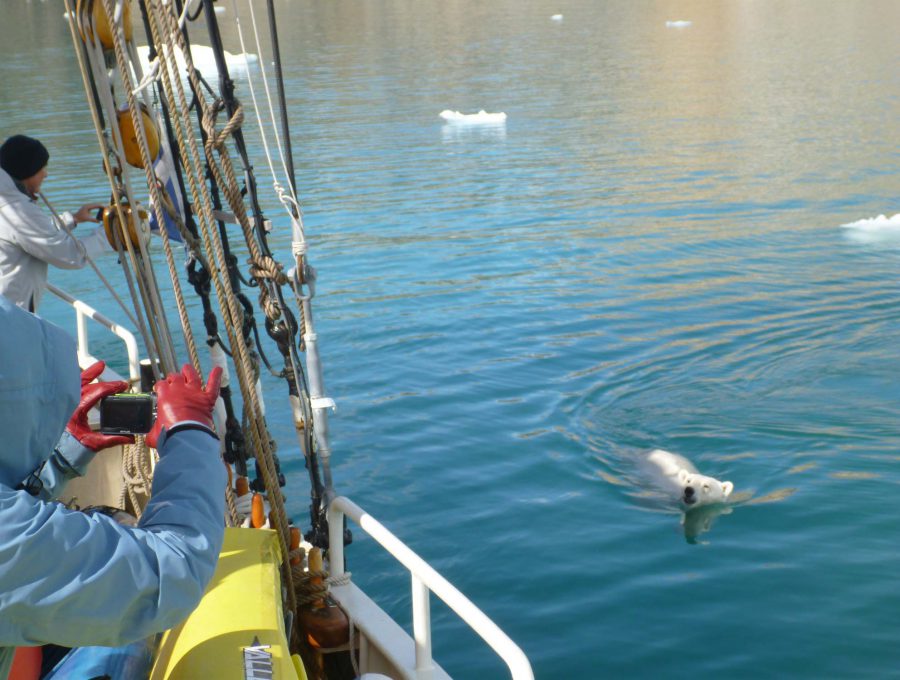 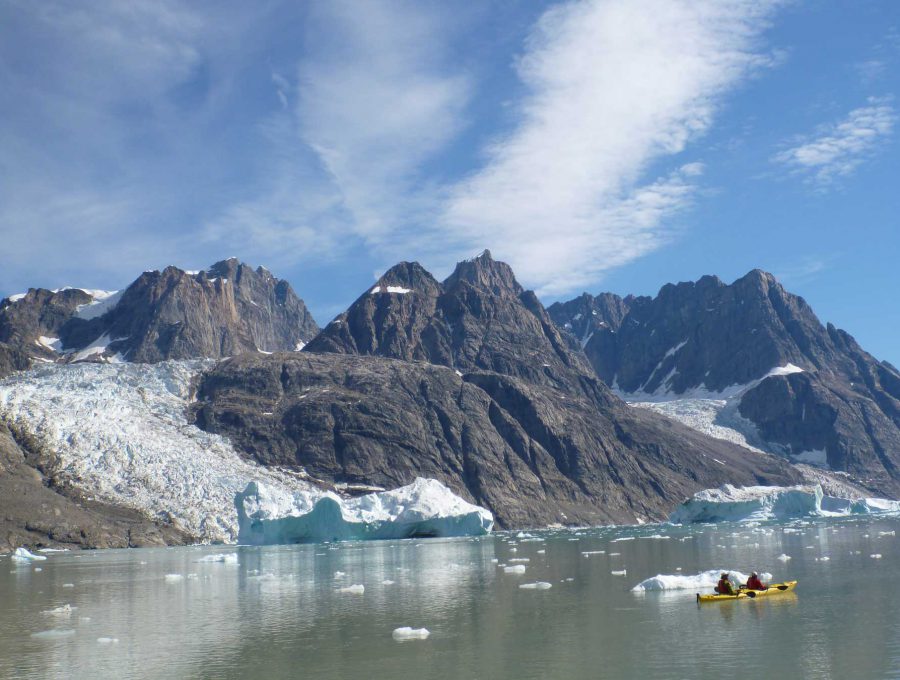 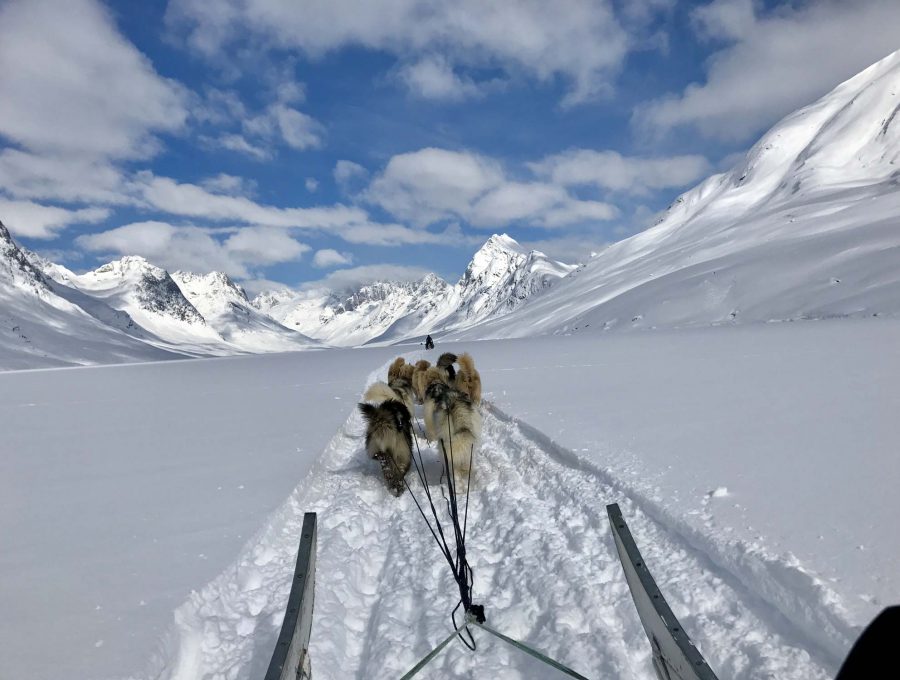 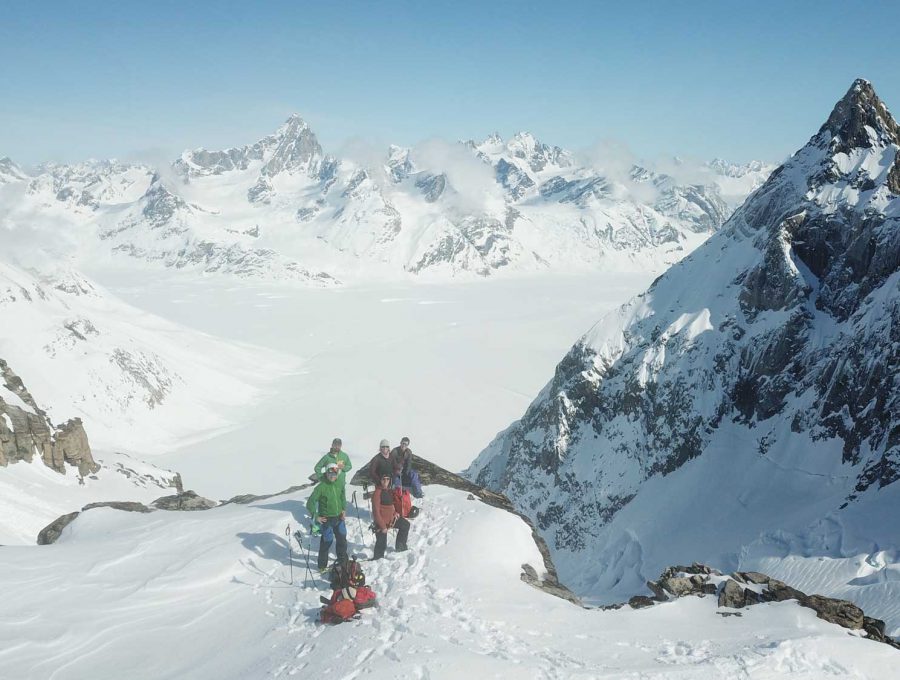